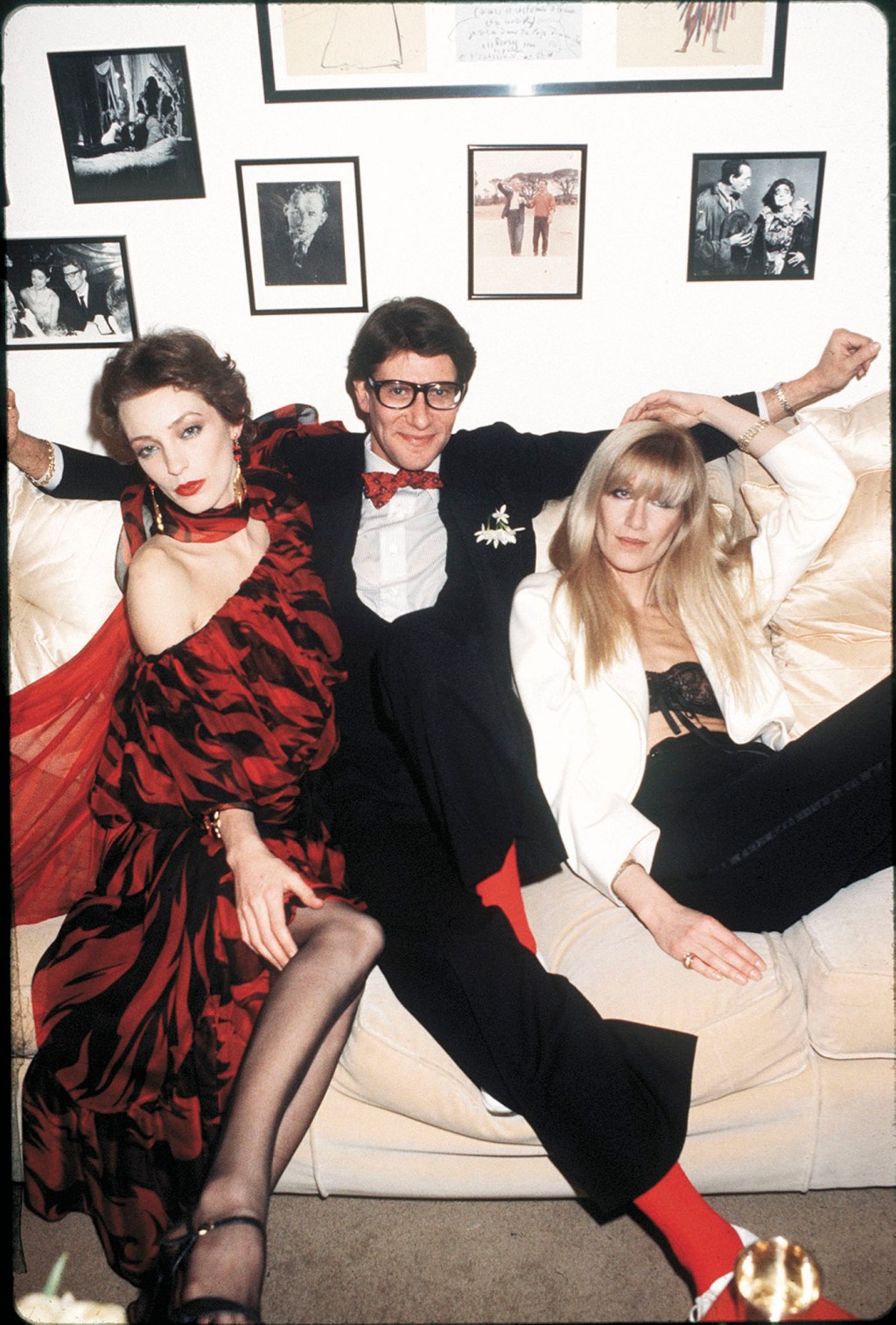 FIRST POSITION: Parting with designer finds can be a trying experience and a recent Christie’s Paris sale may only heighten that reluctance for some serious designer clients and collectors.

The short-sleeve orange dress with a black belt and a skirt blooming with colors was inspired by Pablo Picasso’s and Serge de Diaghilev’s project for the Ballet Russe. More specifically, they collaborated for the “Parade” ballet that premiered at the Théâtre du Châtelet in 1917. Picasso created the sets, costumes and the stage curtain for the extravaganza. The latter is preserved at the Musee d’Art Moderne de la Ville de Paris. Saint Laurent once said of his famed 1979 collection, “…my collection was built like a ballet. I embroidered on Picasso, on a slightly soft cubism…”

Model Amalia Vairelli first spotted the dress on the runway in 1979 and four years later it was featured in a retrospective show of the designer’s work at the Metropolitan Museum of Art’s Costume Institute. Diana Vreeland opted for an image of the dress for the exhibition catalogue’s cover.

The striking Saint Laurent dress was acquired by a patron of the National Gallery of Victoria. The “Hommage à Picasso” evening frock is heading for the Melbourne-based museum’s permanent collections. From Christie’s standpoint, the purchase is an indicator of the strong interest from private collectors and institutions for fashion design. The work, art and belongings of Saint Laurent, who died in 2008, have proven to reel in bidders at Christie’s. In January 2019, the “Catherine Deneuve & Yves Saint Laurent” sale attracted more than 500 bidders from five continents. The final tally was 1.1 million euros. Some of the final bidders included the Yves Saint Laurent Museum in Paris, the Fashion Museum in Santiago de Chile and the Bowes Museum in the U.K., which each acquired several lots.

Another Saint Laurent creation sent bidders into overdrive later that year, when the “Sunflowers” jacket, which was inspired by the art of Vincent Van Gogh and interpreted in embroidery by Lesage, sold for 382,000 euros — a record-breaking auction figure for a design by Saint Laurent. Earlier this year the Yves Saint Laurent wardrobe that had belonged to Zizi Jeanmarie and included several stage costumes was a near-sellout. Ninety-eight percent of the lots were sold, eight of which were acquired by the foundation that Pierre Bergé and Yves Saint Laurent had established. Interest in the designer’s work could gain ground early next year, when a series of exhibitions will take place in honor of the 60th anniversary of the founding of the Yves Saint Laurent fashion house.

How Celebrities Are Already Wearing Pantone’s Color of 2022