WASHINGTON — US Secretary of State Antony Blinken on Monday spoke by phone with Tunisian President Kais Saied to urge respect for democracy after he sacked the government.

In his call, the top US diplomat urged Saied to “maintain open dialogue with all political actors and the Tunisian people,” the State Department said in a statement.

“He encouraged President Saied to adhere to the principles of democracy and human rights that are the basis of governance in Tunisia,” it said.

Blinken also promised US support on Tunisia’s economy and fight against COVID-19, a key factor in protests that erupted around the nation and led Saied on Sunday to dismiss the prime minister and suspend parliament.

President Joe Biden’s administration, which considers democracy promotion a key priority, earlier voiced alarm over the situation in the birthplace of the Arab Spring.

“Tunisia must not squander its democratic gains. The United States will continue to stand on the side of Tunisia’s democracy,” State Department spokesman Ned Price said.

Price said the United States was “troubled” by the closing of media offices and urged “scrupulous respect for freedom of expression and other civil rights.”

White House Press Secretary Jen Psaki said it was too early to determine whether Saied had carried out a coup, saying the State Department would carry out a legal analysis. 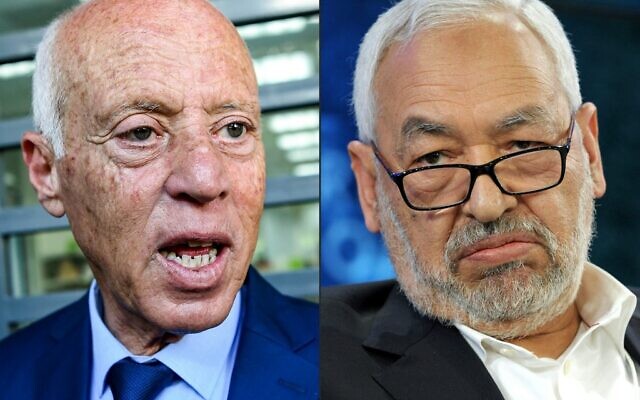 Under domestic law, the United States is obligated to cut off direct assistance to governments that came to power by overthrowing elected leaders.

The law has occasionally led the State Department to go through bureaucratic contortions when it does not want to curb aid, as when Egypt’s then military chief Abdel Fattah el-Sissi overthrew an elected Islamist government in 2013.

Tunisia had often been cited as the greatest success story of the Arab Spring, the tumult sparked across the region after Mohamed Bouazizi, a university graduate who could only find work as a fruit vendor, self-immolated in December 2010.

Mechichi said he would hand power to the man chosen by the president, in his first comments since the shock move.

Saied declared on Sunday he had “taken the necessary decisions to save Tunisia, the state and the Tunisian people,” following street protests in multiple cities against the government’s handling of the COVID-19 pandemic in the North African country. 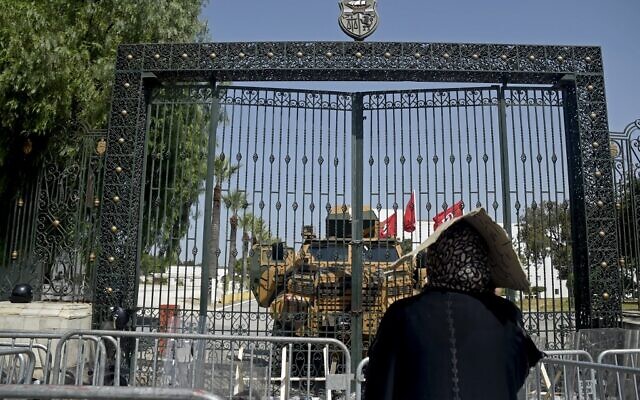 A Tunisian woman looks at the army-barricaded parliament building in the capital Tunis on July 26, 2021, after the president dismissed the prime minister and ordered parliament closed for 30 days (YASSINE MAHJOUB / AFP)

The president, who under the constitution controls the armed forces, warned his opponents against taking up arms, threatening that if anyone “fires a single bullet, our forces will respond with a rain of bullets.”

Soldiers from early Monday blockaded the assembly in Tunis while Saied backers hurled stones, bottles and insults at supporters of the Islamist-inspired Ennahdha, whose leader was barred entry to the complex.

Later in the afternoon, the protests died down, with the presidency extending an overnight curfew in place to combat the coronavirus and banning gatherings of more than three people.

The crisis follows months of deadlock between the president, the premier and Ennahdha chief Rached Ghannouchi, which has crippled the COVID response, as deaths have surged to one of the world’s highest per capita rates. 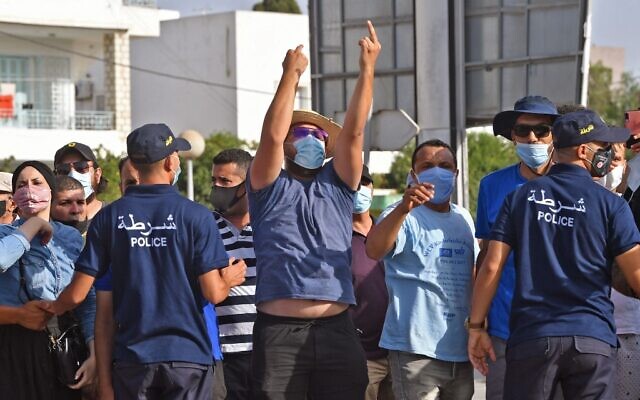 Tunisian policemen block protesters from advancing towards the Parliament building in the capital Tunis on July 26, 2021, following a move by the president to suspend the country’s parliament and dismiss the prime minister (FETHI BELAID / AFP)

More than 18,000 people have died of coronavirus in a nation of 12 million.

Police also shuttered the local bureau of Qatari-based Al Jazeera television, the network’s Tunis director Lotfi Hajji said, warning that “what is happening is very dangerous, it is proof that freedom of the press is threatened.”

Media organization Reporters Without Borders condemned the move, while Amnesty International called it a “deeply worrying precedent signaling that human rights are in danger.”

Saied’s power-grab sparked jubilant rallies late Sunday by supporters who flooded the streets of Tunis, waving the national flag and sounding their car horns as fireworks lit up the sky.

The European Union appealed to people to respect the “rule of law” and to “avoid any resort to violence” while former colonial ruler France urged a speedy return to “normal functioning” of the government. 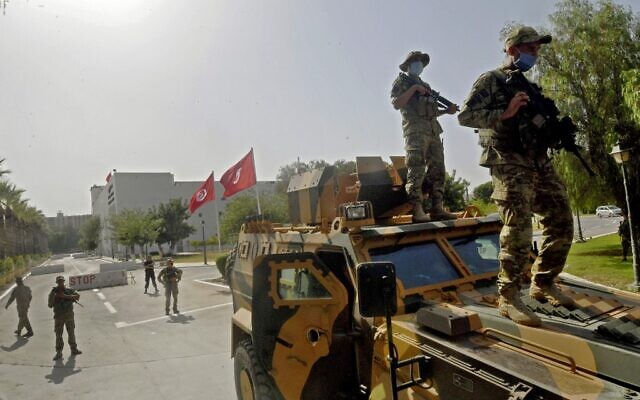 Tunisian military forces guard the area around the parliament building in the capital Tunis on July 26, 2021 (FETHI BELAID / AFP)

Russia said it was monitoring the situation, while Turkey, where the government supports Ennahdha, called for “democratic legitimacy” to be restored.

‘It isn’t possible, there won’t be any sky train in Ghana’ – Peter Amewu