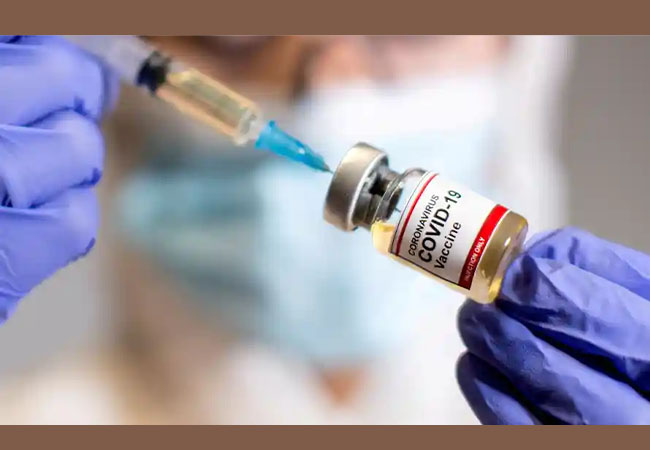 The United States Centres for Disease Control and Prevention has approved mixing and matching of Moderna and Johnson & Johnson COVID-19 vaccines for booster vaccination, noting that clinics, pharmacies can start giving them from Friday.

As reported by USA Today, the CDC Director Dr. Rochelle Walensky approved the mixing and matching of the vaccines in a statement it released on Thursday.

Recall that A CDC advisory committee had recommended that Americans be allowed to choose among the Pfizer-BioNTech, Moderna and Johnson & Johnson vaccines as a COVID-19 booster shot.

The committee said it could increase protection against the disease that is killing on average 1,093 Americans a day.

“The evidence shows that all three COVID-19 vaccines authorised in the United States are safe – as demonstrated by the over 400 million vaccine doses already given. And, they are all highly effective in reducing the risk of severe disease, hospitalisation, and death,” the CDC director said in a statement.

Walensky also endorsed a second shot for all 15 million Americans who received the one-dose J&J vaccine, as well as a booster dose for certain groups of people who got the Moderna vaccine.

The advisory committee made its decisions based on data presented by the vaccine makers and a National Institutes of Health study. It also considered the endorsement of similar recommendations by the Food and Drug Administration.

A booster of the Moderna vaccine was recommended at least six months after people get their second shot, but only for those 65 and older or 18 and older if they’re at high risk for severe COVID-19, or their jobs or living conditions put them at high risk of exposure to the virus.

A second dose of the J&J vaccine was recommended for everyone who received their first dose at least two months ago.

A booster dose is not required for a person to be considered fully immunised. People who received two doses of either Pfizer-BioNTech or Moderna or one dose of J&J, are fully immunised.

All booster doses will be free, just as are all COVID-19 vaccines, said Dr. Sujan Reddy, medical director of CDC’s Prevention Epicenter Program at the National Center for Emerging and Zoonotic Infectious Diseases.

The CDC committee votes came after more than six hours of presentations and discussions, according to the USA Today report.

Moderna presented information showing the efficacy of the vaccine after a two-dose series fell over time and most sharply after the rise of the delta coronavirus variant. This resulted in more breakthrough cases of COVID-19 in fully vaccinated people.

Testing of a booster dose of Modera at least six months after their second shot showed a 16- to 22-fold increase in protection against the delta variant, Moderna told the committee.

The Moderna booster dose is 50 micrograms, one-half the initial 100 micrograms of the initial two doses. Moderna used the smaller dose because it restored the level of immunity as well as a larger dose.

“Our goal is to always use the dose that is most optimally effective for boosting,” said Dr. Jacqueline Miller, Moderna’s senior vice president for infectious diseases.

But the CDC has reported the J&J vaccine was only 68% effective against hospitalisation in most adults and was not equivalent to the protection provided by either the Moderna or Pfizer-BioNTech vaccines.

Johnson & Johnson presented studies showing that in the United States, protection against all systemic diseases rose to 94 per cent after a booster dose of its vaccine at two months. There were no severe cases of COVID-19 among those who received the booster, making the vaccine 100 per cent effective, the company said.

A smaller pool of data showed the booster dose of the J&J vaccine at six months was even more potent than at two months. It resulted in a 12-fold increase in antibodies, the company said.

More than 189 million people in the United States have been fully vaccinated against COVID-19, about 57 per cent of the total population. Hospitalisation rates among unvaccinated Americans are between nine and 15 times higher than among vaccinated people, according to the CDC.

Almost 6 per cent of fully vaccinated Americans have already received a COVID-19 booster shot, according to the CDC data.