The United Arab Emirates said on Saturday that it would legislate over 40 new laws and amendments by January, in what the country called the largest legal reform in its history.

The legislation in commerce, trade, personal security, drugs, online security, residency and various social matters is “intended to keep pace with the developmental achievements of the UAE and reflect the country’s future aspirations,” according to state news agency WAM.

Some of the new laws are intended to streamline investment and better protect companies. Others seek to boost protection for women and domestic servants and ease restrictions on various behaviors, including extra-marital relationships.

“Teams comprising 540 specialists and experts from 50 federal and local authorities have worked together over the past five months in consultation with over 100 private sector organizations in order to reflect global best practice in the new legal provisions,” WAM said. 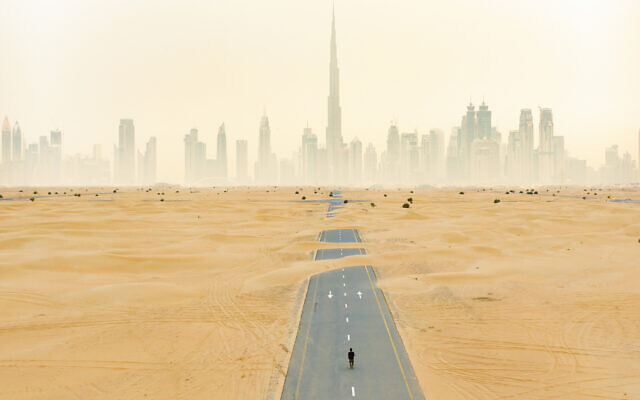 Illustrative: An unidentified person walking on a deserted road covered by sand dunes with the Dubai Skyline in the background. Dubai, United Arab Emirates. (iStock)

The broadening of personal freedoms reflects the changing profile of a country that has sought to bill itself as a Westernized destination for tourists, fortune-seekers and businesses despite its Islamic legal code that has previously triggered court cases against foreigners and outrage in their home countries.

The reforms aim to boost the country’s economic and social standing.

The Associated Press contributed to this report.