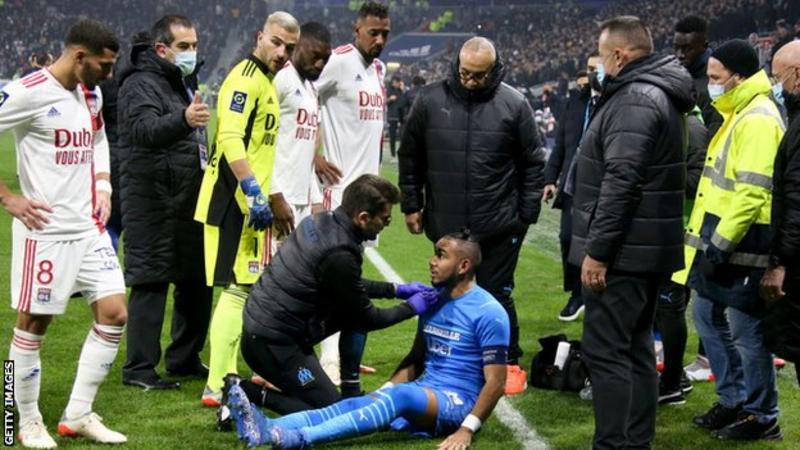 French side Lyon have been deducted one point in Ligue 1 after their home game against Marseille was abandoned because of crowd trouble last month.

The game was suspended after ex-West Ham forward Dimitri Payet was hit by a bottle thrown from a stand just five minutes into the game.

The teams were sent to the dressing room by referee Ruddy Buquet and after two hours it was officially called off.

The game will be replayed behind closed doors.

The incident occurred when Payet, who left the Groupama Stadium pitch with an ice pack on his head, was preparing to take a corner.

Shortly after the incident a stadium announcement said an arrest had been made and the game would resume, but warned further trouble would lead to an abandonment.

It looked as though the match would re-start when Lyon’s players came out to warm up, but Marseille’s team did not emerge and the match was eventually abandoned.

It was the second time this season Payet had been struck with a bottle amid a series of incidents in French football.

Marseille’s game at Nice in August was abandoned when the former France player threw a bottle back into the crowd, causing fans to storm the pitch.

Nice were deducted two points, one of which was suspended, and Payet was given a one-game ban.