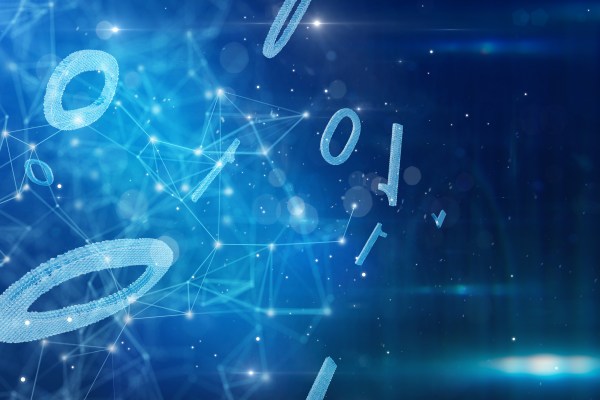 Facebook’s network meltdown earlier this month — an outage that initially stemmed from a configuration error — was a huge pain for many users (and a big cost to Facebook). For enterprises, it also served as a poignant reminder about a salient fact of networks: The complexity and interdependency of systems today mean that when something doesn’t work between two entities — be it apps, servers or something else — the effects can be disastrous, unless those overlaps can be detected and mitigated ahead of a live deployment, or found and fixed quickly even if they are already out in the wild.

Today, a startup called Gluware that has built a platform that aims to do just that — specifically by providing network orchestration and automation tools that identify and automatically fix when something is about to go awry on a network, described by the CEO to me as “RPA” for network ops — is announcing $43 million in funding to continue building out its business, in a growth round led by Bain Capital with participation from Acadia Woods Partners and other unnamed existing investors.

Gluware is not disclosing its valuation but from what we understand it is around $700 million, notable considering how little it’s raised to date (just under $47 million in the last 10 years, according to PitchBook data, and bootstrapped before that). It’s also notable for being based in California but not the Bay Area: it’s HQ is in Sacramento, apparently a newly-emerging location for people leaving more established tech enclaves.

In a period where a number of enterprises have put the gas on network growth and operations to handle both increased traffic but also new working architectures for its people, Gluware said its ARR growth in the last year has been 400% (it does not disclose actual figures).

Gluware got its start originally as a Cisco shop, inking a strategic deal with the company early on to build orchestration and automation systems that ran specifically on its servers, specifically a software-defined wide-area network controller to work with Cisco kit. As networks evolved and became continually more complex, the opportunity changed and became about working in multi-vendor networks and for a variety of different enterprises that might not be the typical Cisco service provider customers. Its services now integrate, by way of APIs, to cover network operations across more than 30 different platforms and operating systems. Gluware’s CEO and co-founder Jeff Gray estimates that Gluware’s coverage currently points to a $10.8 billion addressable market.

RECOMMENDED POST  Alpha Paw brings in $5.2M to carve out its niche in the pet wellness space

Currently, and in keeping with changing use cases and architectures, Gluware’s sweet spot up to now has been working with larger enterprises in highly regulated sectors like healthcare or finance that are heavily dependent on cloud or hybrid network architectures that bring in many disparate operations, may lack large enough in-house teams to build and operate their own automation and orchestration solutions, but have a lot of requirements to stay operational and protect user data in the process. The list is heavy of Fortune 500 and Global 2000 names, with Mastercard, EY and Merck among them.

Large tech companies — web scalers, as Gray described them — were out of Gluware’s sights simply because they typically build and operate those tools in-house, and the idea was that Gluware was building tools for the rest of the market that performed just as well. However, as Gray put it, incidents like Facebook’s definitely change the game.

“We haven’t been targeting the web scalers, and we presented ourselves as an alternative to DIY. Traditionally I have always said that if you are a Google, a FB or a Goldman Sachs, you could pour a tremendous amount of resource into scripts and build you own automation software,” he said. “But Facebook’s audit tool issued a rogue command and broke its network, at scale. So  even the large web scalers of the world are not immune. I think we could be a great fit.”

The company’s focus on network operations has a natural synergy with security operations, since many, but not all, outages covering, say, border gate protocol or domain name server errors have been linked also to data breaches, and that lays the groundwork for how Gluware sees its role in the network operations IT stack. Its tools can be applied to device management, operating system management, configuration modeling, workflows and more to minimize downtime, speed up operations, to meet compliance requirements, and more.

That long list, and Gluware’s traction to date in meeting its demands, are what have attracted investors. “As enterprises continue to struggle with network automation progress, Gluware’s unique platform delivers enhanced network security and agility while creating real business value and outcomes for customers,” said Olof Bergqvist, a Managing Director at Bain Capital, in a statement. “We are excited to support Gluware’s next phase of growth and accelerate the company’s innovative technology and mission-critical solutions to continue meeting the modern needs of enterprises while strengthening its value-proposition to its customers, suppliers and partners.”

Andrew Chen of a16z on how startups get past a “cold start” to survive, then thrive

On This Day: What happened on 9 December?

Barcelona Crash Out Of Champions League As Benfica, Lille And Salzburg Reach Last 16

Use radical objectivity to create and retain an inclusive workforce