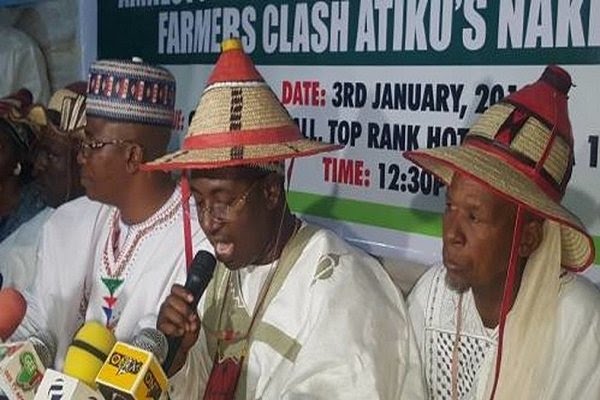 SaharaReporters had reported last week that a Federal High Court sitting in the Federal Capital Territory, Abuja, outlawed the activities of groups linked to banditry and declared their activities as acts of terrorism.

The court had asked President Muhammadu Buhari-led administration to publish the proscription order in the official gazette and two national dailies.

Speaking on Friday in Makurdi, Ortom said the bandits being mentioned were mostly from Miyetti Allah Kautal Hore, MACBAN and FUNAM and so they should be designated as terrorist groups as well.

“I want to commend the Federal Government for being bold to designate bandits as terrorists. But I call on the government to also include Miyetti Allah Kautal Hore, Miyetti Allah Cattle Breeders Association, MACBAN and Fulani Nationality Movement, FUNAM in the category of terrorists because those bandits are their members.”

Ortom urged the people of the state to support security agencies with useful intelligence in the fight against criminality and other forms of insecurity, pointing out that security is everyone’s business.

DO YOU AGREE? The Only Thing That Could Stop Yahoo In Nigeria Is 20 Years Prison Sentence

Azzedine Alaïa Exhibit Looks at His Early Years in Paris

US pledges to support Nigeria’s fight against modern-day slavery