Starting in the middle of next month, Israel will allow entry to visitors inoculated with Russia’s Sputnik V COVID-19 vaccine, in a policy shift for the country, which until now has only recognized immunizations approved by the United States Food and Drug Administration.

Health Ministry Director-General Nachman Ash confirmed the move to Army Radio on Wednesday and and said those who have been vaccinated with Sputnik V will have to undergo a serology test, in addition to the standard PCR tests that all visitors must take before boarding their incoming flight and upon arriving in Israel.

The serology test, which detects antibodies, will verify that those who enter the country really are inoculated against the coronavirus, he said.

During a Tuesday meeting between Prime Minister Naftali Bennett and health officials, it was decided that Sputnik V-vaccinated tourists will be permitted to enter the country from November 15, Channel 12 reported Wednesday.

The change in policy regarding Sputnik V comes after Bennett met Friday with Russian President Vladimir Putin in Sochi.

On Thursday the government announced that vaccinated tourists will be allowed to enter Israel beginning November 1, but only those with vaccines approved by the World Health Organization or the United States Food and Drug Administration. However, ministers deferred a decision on the Sputnik V vaccine, with Bennett reportedly seeking more time to weigh the issue.

Israel’s policy has been to closely follow FDA guidelines on COVID-19 vaccine usage, though it has recently broken with US regulators in offering booster shots to the general population. 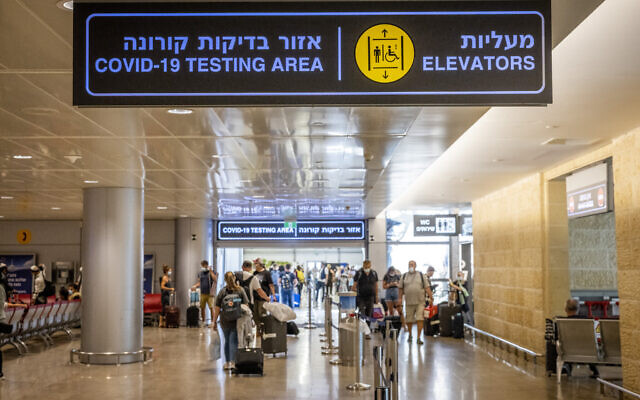 Launched in August 2020 and proudly named after the world’s first satellite to symbolize Russia’s scientific prowess, the Sputnik V vaccine has been approved in some 70 countries. However, the World Health Organization and the European Medicines Agency have not yet approved it and some have questioned the lack of transparency of Russia’s vaccine trials.

Russia has recently seen record COVID-19 infection rates and deaths. Only about one-third of Russia’s 146 million people have been vaccinated, frustrating officials and placing a strain on the country’s health care system.

Facing widespread resistance to vaccination, Putin has responded to the worsening situation by ordering Russians to stay away from work between October 30 and November 7.

Agencies contributed to this report.