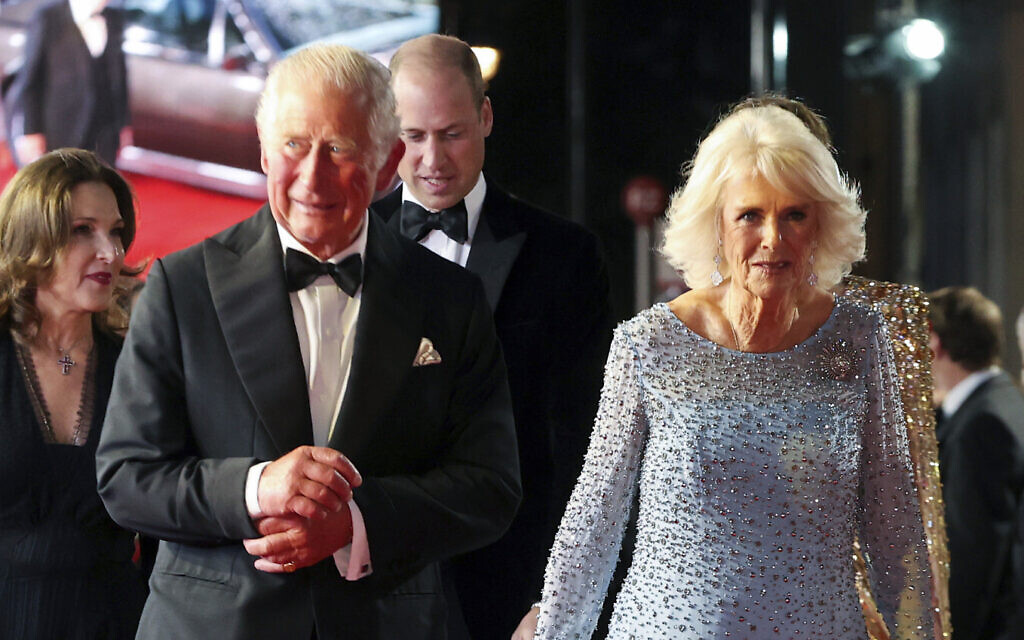 Britain’s Prince Charles and wife Camilla, the duchess of Cornwall, are to visit Jordan and Egypt next month on their first major foreign tour since the coronavirus pandemic began last year, aides said on Monday.

The trip is not scheduled to include a stop in Israel.

The royal couple’s November 16-19 visit will start in Jordan, a UK ally whose King Abdullah II has come under pressure over leaks about his offshore wealth and over an alleged coup plot.

The tour is to come after the heir to the UK throne visits Glasgow next week for the COP26 climate summit, a major international event that will be also be attended by top Israeli officials. It will end in Egypt, which will take over the UN climate presidency from Britain next year.

“In this decisive decade for climate action, the next 12 months is therefore expected to see a significant cooperation between the UK and Egypt,” said Chris Fitzgerald, deputy private secretary to Prince Charles.

“Indeed, both visits will have a major focus on addressing the climate crisis,” he said.

In Cairo, Charles and Camilla are due to visit the top Sunni Islam cleric Sheikh Ahmed al-Yayeb, grand imam of the Al-Azhar mosque and university.

Israel is planning on sending a 120-strong delegation to the Glasgow climate conference. The delegation will be led by Prime Minister Naftali Bennett and will include the ministers of energy and environmental protection.

Prince Charles visited Israel in January 2020 for a major gathering of world leaders in Jerusalem to commemorate victims of the Holocaust.

Charles also visited the tomb of his grandmother, who sheltered Jews during the Holocaust and is interred at the Russian Orthodox Church of St. Mary Magdalene, just outside Jerusalem’s Old City.