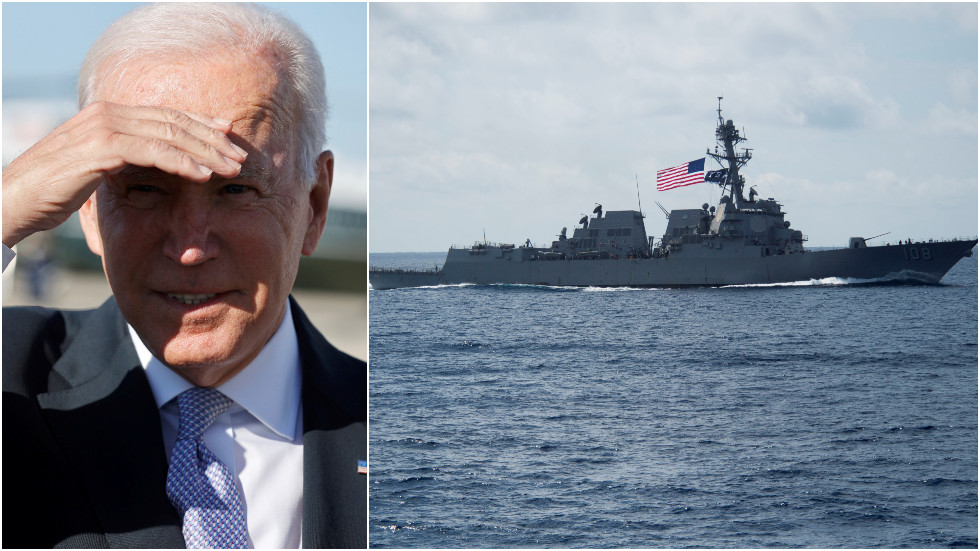 President Joe Biden has vowed to defend Taiwan militarily in the event of a Chinese invasion, claiming Washington has a “commitment” to do so, despite having no defense pact with the island, breaking with years of US policy.

Asked whether the US would come to Taiwan’s defense during a CNN town hall event on Thursday night, Biden answered in the affirmative. The question was posed by a member of the audience, identified as a student at Loyola University, who noted that Beijing had “just tested a hypersonic missile.”

“What will you do to keep up with [China] militarily, and can you vow to protect Taiwan?” the student asked while reading off a list of prepared questions.

“Yes and yes,” answered the president, adding “We are militarily – China, Russia and the rest of the world knows, we have the most powerful military in the history of the world. Don’t worry about whether they’re going to be more powerful.”

But you do have to worry about whether or not they’re going to engage in activities that will put them in a position where they may make a serious mistake.

COOPER: “Are you saying that the United States would come to Taiwan’s defense?”QUESTIONER: “If China attacked?”BIDEN: “Yes, we have a commitment to do that.” pic.twitter.com/YTgxMaD4MP

Apparently somewhat stunned, CNN host Anderson Cooper weighed in to clarify, asking “Are you saying the US would come to Taiwan’s defense if China were to attack?”

“Yes, we have a commitment to do that,” Biden said.

It is unclear exactly what “commitment” the United States has to defend Taiwan from attack, as suggested by the president. Washington and Taipei have no mutual defense treaty, as Beijing considers Taiwan as part of China proper under its ‘One China’ policy, which has been tacitly accepted by US policymakers for decades.

Under the Taiwan Relations Act (TRA), which governs ties between Washington and the island, the US is permitted to furnish Taiwan “defense articles and defense services” to help it “maintain a sufficient self-defense” capability, but the act leaves it up to Congress and the White House to determine exactly what that means. A previous pact that was replaced by the TRA, the Sino-American Mutual Defense Treaty, did contain a clear defense provision; however, the later agreement transitioned US policy to one of ‘strategic ambiguity’, hoping to find some middle ground between Taipei and Beijing amid their decades-long territorial dispute.

Later on Thursday, the White House clarified that Biden’s town hall remarks did not signal any formal change in US policy toward Taiwan, with a spokesman stating that the US-Taiwan relationship continues to be guided by the TRA.

Taipei also weighed in on the president’s comments, saying that it was firmly determined to maintain its own self-defense while hailing the Biden administration’s “rock-solid” support to the island – which has included weapons sales worth hundreds of millions, continuing ex-President Donald Trump’s steady stream of arms deals to Taiwan.

Though Biden has repeatedly maintained that he seeks no “cold war” with Beijing – reiterating the same point on Thursday night – the actions of his administration appear to be at odds with those vows. Within his first seven months in office, Biden’s Pentagon sent Navy warships through the Taiwan Strait no less than seven times. Each sail-through has triggered China’s ire, with Beijing deeming Washington the “biggest destroyer of peace” in the Indo-Pacific after having denounced countless previous sail-throughs and other provocative military maneuvers in the region.

Also on rt.com ‘Biggest destroyer of peace’: China lashes out after US Navy warship sails through Taiwan Strait for SEVENTH time under Biden