Andrew Chen of a16z on how startups get past a “cold start” to survive, then thrive 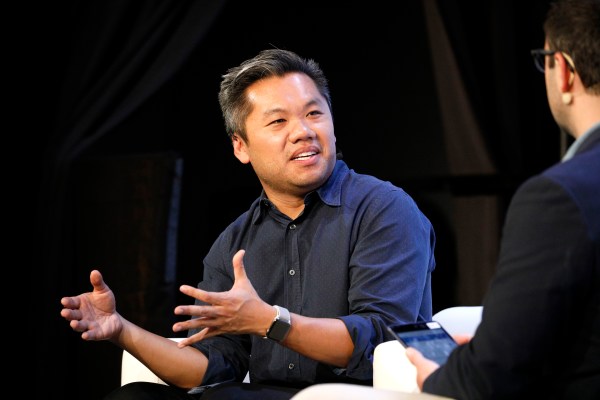 Andrew Chen has long been a student, and teacher, of how startups engage their users while managing to amass a slew of new ones.

Today, he espouses his learnings — as a founder and a former Uber exec who led the company’s “rider growth” product teams for several years — to his portfolio companies as a general partner at Andreessen Horowitz. Among these is All Day Kitchens, Clubhouse, Substack and Snackpass.

But to share those lessons more broadly, Chen, who has always been a prolific writer, has also published a brand-new book by HarperCollins titled The Cold Start: How to Start and Scale Network Effects, in which he walks readers through interviews with 30 world-class teams and founders, including from Twitch, Airbnb, and Slack, to paint a picture of what it takes to turn a startup into a massive brand — then keep people coming back for more.

We talked with Chen earlier today to talk about the book, including how web3 projects fit, or don’t, into the mold of earlier startups. Excerpts from our chat follow, edited lightly for length.

TC: You surface a lot of anecdotes about overcoming so-called cold starts, including during the earliest days of Tinder. I wasn’t aware of that story beforehand. Can you walk us through what happened?

The [first version] of the app was very good. It had swiping, it had profile photos, it had all the features that you’d want. But [after] [Tinder’s founders] invited a bunch of their friends just manually, these friends were just not sticking. There just weren’t enough profiles. So how do you get hundreds of people that are all desirable to want to use the app at the same time?

The way they did it was they went to the USC campus, which was nearby, they decided that they were going to sponsor a birthday party for one of the folks in the sorority system there. [The idea was to] throw this big party, invite hundreds of people. And they had bouncers in front of the party, so that you had to download Tinder in order to [gain entry]. And people went and it was a cool party, and the next day, they opened up the app, and they were like, ‘Wow, these are all these people that I did not get a chance to talk to.’

Sean [Rad] really attributes those 500 people with helping him take over the USC campus [a formula that Tinder then used to make inroads at other schools].

You talk in the book about the importance of these ‘atomic networks.’ In the case of Tinder, it sounds like it was 500 people. How does a founder figure out what size this needs to be? Is there a formula?

I think one part of [the answer] is just reasoning conceptually and thinking about: is this a 2-person thing, a 10-person thing or a 100-plus-person thing that you need to build? You tend to be able to do this a lot more easily once you have a lot of data. When you read about these threshold points, like Facebook’s “7 friends in 10 days” or the idea that Airbnb thought they needed 300 listings of which 100 were reviewed, what [both were] really doing is picking that point on the curve where there’s a little kink that tells you that ‘Okay, at this point, this is when the product is starting to get really valuable.’

Are there best practices for building that core audience?

The thing we’re seeing across every single new category of products s that you need to be creative and inventive and not just replicate what’s already been done in the past. Otherwise, it gets it gets old. The first click-through rates on banner ads were actually over 70%, and these days, they’re well under 1%.

RECOMMENDED POST  Placer.ai, a location analytics startup, finds $100M at a $1B valuation

Regarding Clubhouse specifically, it did not depend in any way on college students discovering the platform to thrive, at least initially. Is that correct?

I think I was user 104, and when we led the Series A investment and I joined the board, the company actually only had 500 daily active users, so it was very small. The early atomic network of Clubhouse was really [founder] Paul [Davison] and Paul’s friends in the San Francisco Bay Area, and we started to see amazing retention. The amount of time that [these individuals] spent listening in the app was over an hour-and-a-half per session, which is just incredible.

In some of the later rounds, where we actually doubled down and tripled down on the company, some of the analyses [tied to] [Clubhouse-provided] data, not just for the U.S. but data specifically for Sweden and specifically for Nigeria and some other smaller countries. What we were looking for is the networks built in some of these other countries and whether the retention rates and engagement were as good as in some of the more mature markets. What we saw was that the data was fantastic. It showed that you could take the Clubhouse network, decompose it into a network of smaller networks, and these looked like multiple atomic networks. That helped us really build the conviction to continue to support the company and continue to invest more.

How do you advise founders when it comes to adding features that keep people coming back and could you speak specifically to Clubhouse’s plans?

Right now, if you’re in the media industry, if you’re in politics, if you’re in tech, you’re very excited about what Substack does, but if you’re outside those interest areas, you don’t get it yet. But they’re doing so much around chefs and cooking. They’re doing a ton around comics right now and graphic novels. And they’re going to light up, vertical by vertical, all these different categories. And it’s going to become way more interesting as you go. Clubhouse is doing very much the same thing. I think they’re very interested in sports right now. They’re very interested in, and always have been, news and politics. As each of these verticals are built out, [both platforms] will become more powerful and more compelling to a wider number of people.

What impact do you think web3 will have on building networks?

Web3 has network effects built into its core, so I think it’s going to educate a whole new generation of founders about what it takes to start a network effect. What do I mean by that? Bitcoin is valuable because other folks think that Bitcoin is valuable. And even if you were to fork the source code and you were to fork the blockchain and you were to run your own version of a Bitcoin, it just wouldn’t have the same dynamics or value. You need more people to believe in it. The same is true of Bored Ape and CryptoPunks; they’re valuable because other people think they’re valuable.

Because there are network effects built at the core [of web3], it also means you also have a cold start problem, because if you create a whole new drop of 10,000 NFTs, you need to figure out: are you going to go to the right Discord servers and getting the right community excited about these? If you don’t, you can push the NFTs out there and no one’s going to buy them. So there is a cold start problem at the heart of many of the web3 ideas out there, and I certainly look forward to the update that’ll have to write in five years that replaces all the case studies like Tinder and Dropbox and Slack with all their web3 versions!

PS5, Switch and Xbox all short-circuited by scarce chips